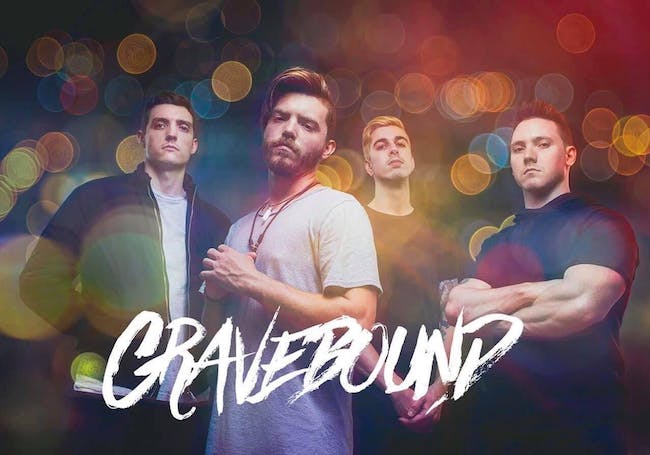 "Richmond-based Metalcore band, GraveBound was formed in early spring of 2019. Created from the ashes of the band Heard By Eyes, the newly re-branded GraveBound have reset their sights on the tense issues of today. With a passion for heavy music and a love for people, the quartet hopes to tackle socio-economic issues like depression and self doubt head on.

“We just want people to feel like it’s okay to be themselves... we want to provide a loving atmosphere wherever we play.”

"Formed in 2017, the band SEASONS started out with 5 dedicated musicians that all have had previous successful bands and a strong passion for performing high energy shows and top notch influential songs."

"Gold Frankincense and Myrrh, better known to their fans as GFM, is a beautycore band of 3 sisters from Jacksonville, FL. CJ is 20 and plays guitar and sings, Maggie is 18 and plays bass and sings, and Lulu is 15 and is the drummer and sings as well. The girls combine hard core rock with positive, encouraging messages. Their music deals with subjects such as: self harm, suicide, and other things that young people face."

Misgiving is a metal band from Richmond, Virginia.

"Formed in secret, we are a brand new Melodic / Post Hardcore band from Virginia called Varia (pronounced vair-ee-uhh) striving to bring you the best and most authentic music that we can. Our debut EP, “In Time We All Unravel” is available now on all major streaming platforms. "

"Firebrand is a band of four people from different walks of life sharing stories of loss & redemption.

Drawing from influences such as Touché Amoré, Movements, and La Dispute, Firebrand sets a tonal dissonance between well written instrumentals and an awkward pace of rhythmic, immersive storytelling."