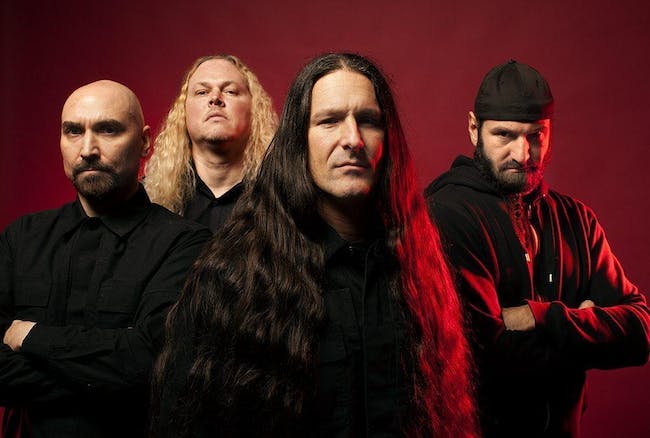 "Immolation is a name long synonymous with the extreme music scene, delivering some of the most unique and creatively dark death metal the underground has witnessed over the past 28 years. 2017 will mark 29 years for Immolation and in February “Atonement” will prove that this is one band that does not look back, continuing to push the limits and remaining a vibrant force for the future of a genre they helped define." [Click on band name for more info.]

"Spiral Fracture is an American Extreme-Progressive Metal band from Richmond, VA, formed in 2011. Since the formation, Spiral Fracture released an 8-track EP studio album entitled The Site of Suffering in 2013 recorded and mixed by Darth Fader Studios of Richmond, VA. "

"Started from the ashes of Unholy Massacre in 2010 by guitarist Stephen (Supreme Chancellor Wargoat) and drummer Boyd (Noble Lord Azrith). Gutted Christ was born on the dark and stormy shores of Virginia Beach to spread the message of anti-religion and hate. After going through numerous lineup changes, they eventually recruited Michael (Disciple of the Inverted Cross) to finish recording their debut album "The Sower Ov Discord", which eventually released in December of 2016, then physically in February of 2018 by Lost Apparitions Records. Through tumultuous times of lineup changes and setbacks, Gutted Christ seeks to spread hate and blasphemy through their music."