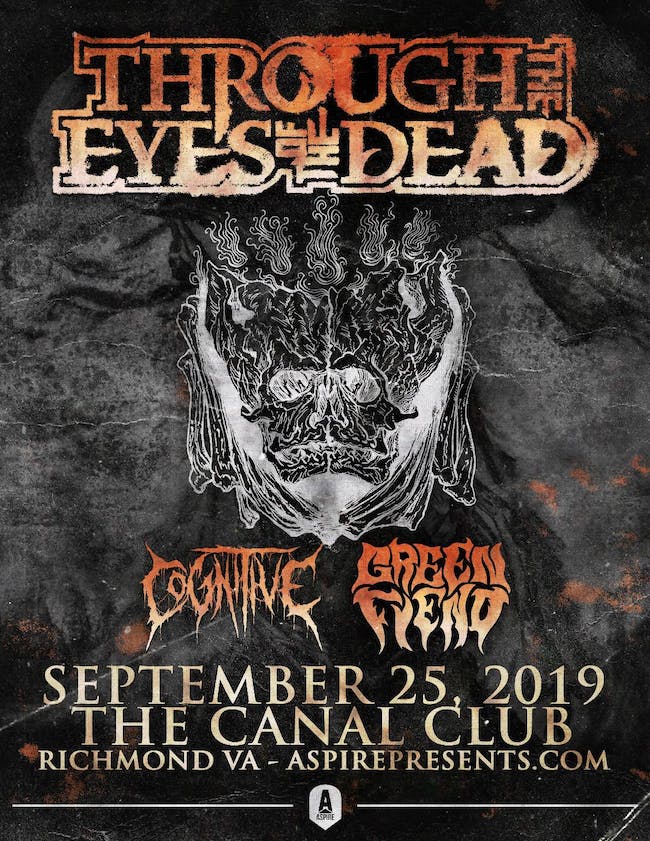 Through The Eyes of the Dead

Through The Eyes Of The Dead

"Revered as one of the groups that pioneered the aggressive and abrasive mixture of death metal and hardcore that permeates the modern heavy music landscape, the East Coast-based THROUGH THE EYES OF THE DEAD triumphantly return with Disomus. Disomus is the long anticipated follow up to their last LP, Skepsis, released in 2010. Disomus marks the second consecutive album with vocalist Danny Rodriguez and drummer Michael Ranne (a first in the group's impressive history) together with longtime bassist Jake Ososkie and founding guitarist and songwriting engine Justin Longshore. Disomus doubles as the studio introduction of new guitarist Steven Funderburk (also of Wretched) and the return of original vocalist Anthony Gunnells and his successor, Nate Johnson, via strong guest appearances, bringing Through The Eyes Of The Dead full circle."

"Cognitive was born in 2011 with the sole intent to create heavy, intensely technical music, while maintaining an edge of creativity that separates them from the over produced, sea of sub genres."

"Green Fiend is a group of party gods from Crown Town who combine hardcore, thrash and stoner riffs to write unspeakably heavy rock n roll. We are fast. We are loud. We blaze riffs. Come to a show and experience stoner metal at its fastest!"