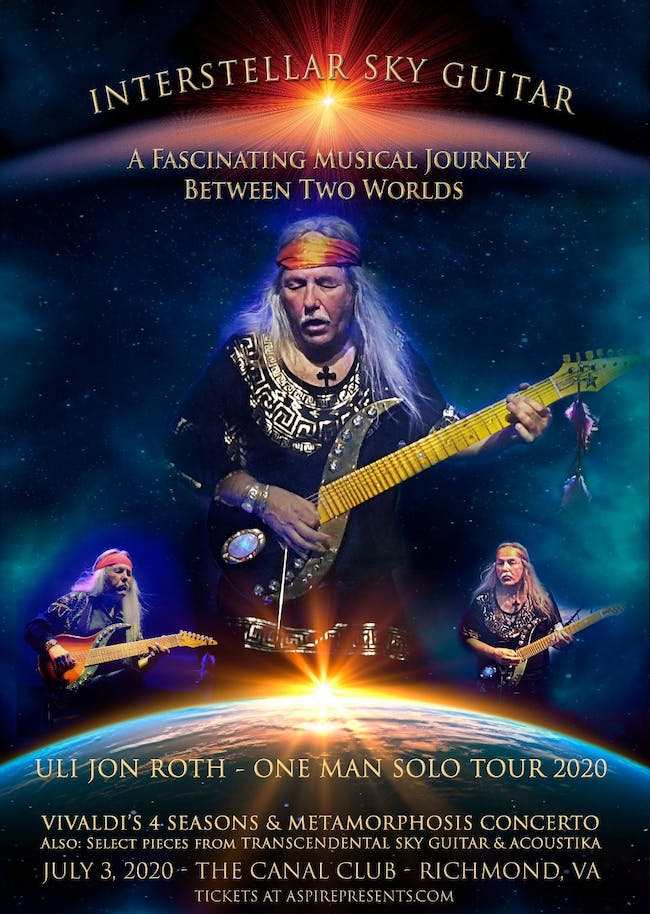 U.J.R. is a true multi-instrumentalist who writes his own musical scores and arrangements.

He is also a music director, paints realistic oil paintings, writes his own poetry as well as philosophical treaties.Uli invented his own unique instrument - the by now legendary 6-octave Sky guitar which is without peer.He produces his own albums and directs his own videos.Artistically, he has been an inspiration to many of his fellow artists as well as his audience and continues to be so. He has been cited by countless guitarists from all over the world as one of their main influences.Widely recognized as perhaps the single most important protagonist of neo-classical guitar playing, Uli is seen by many as a trend-setter who has often been considerably ahead of his time.In recognition of his remarkable artistic achievements,Uli was officially inducted in the Walk of Fame by Europe's only Rock & Pop Museum, which is situated in Gronau, Germany. This took place in September 2003 at a concert in London.Uli Jon Roth is a Germanguitarist, who became famous as Scorpions' lead guitarist, and is one of the earliest contributors to the neoclassical metal genre. He is also the founder of Sky Academy and inventor of the Sky Guitar. He is the older brother of fellow guitarist and artist Zeno Roth.