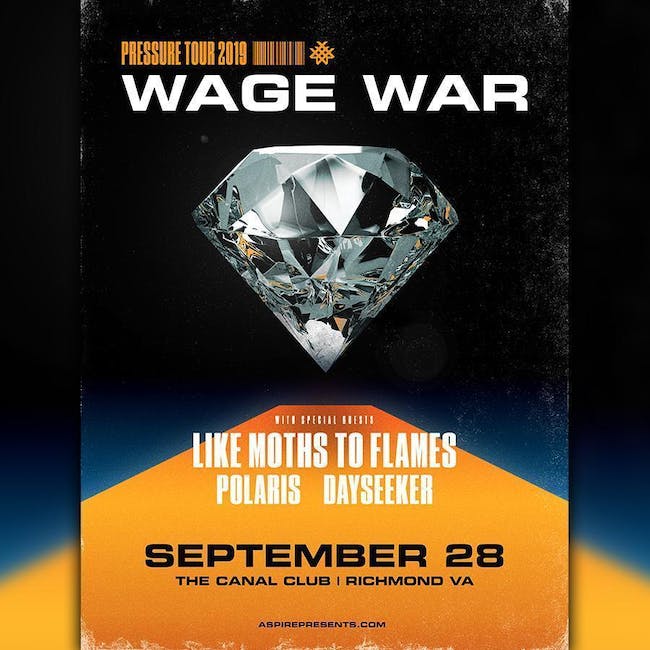 "Like Moths To Flames conjure the type of anthems that move crowds and evoke each listener’s deeply rooted passions, as evidenced by the millions of streams accumulated by songs like “Bury Your Pain,” “No King,” “The Worst in Me,” “Wither,” and “You Won’t Be Missed” (which alone accounts for 5 million views on YouTube). Tours with bands like All That Remains, The Devil Wears Prada, and Memphis May Fire cemented their status as a live act worthy of admiration." [Click on band name for more info.]

"POLARIS is a five-piece metalcore band from Sydney's south.

Having built a reputation on the road for the last 3 years as one of the most exciting live acts on the way up in the Australian heavy scene, Polaris independently released their Sophomore EP The Guilt & The Grief on Jan 29 2016, debuting at #34 on the ARIA album charts and #2 on the AIR charts."

"Dayseeker is an American post-hardcore band from Orange County, California.The band is currently signed to Spinefarm Records.To date, the band has released three albums: one in 2013, which was re-released a year later; one in 2015, which was also reissued in 2016; and another in 2017."